Tayyabs is my favourite Indian restaurant in London - I've been more times than I can count and despite invaribaly leaving painfully full and stinking of curry and frying meat, I don't seem to be able to keep away. However, sometimes it's nice to try something new...Just around the corner, Needoo Grill is run by a former manager of the Tayyabs enterprise, and having heard rumours that the food is just as good, I happily tagged along when my boyfriend's team headed there for a blow-out meal. 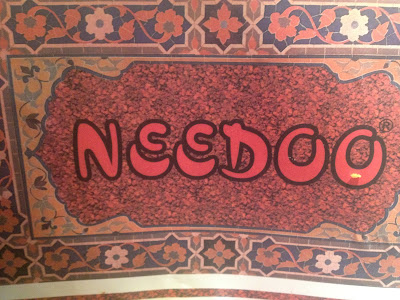 As with Tayyabs, the tandoori starters are king, and our table made the compulsory over-sized order of sizzling lamb chops (seriously, if you're not going to order these, just don't even bother - that goes for Tayyabs and Lahore too). If anything I thought the lamb chops were even better than Tayyabs - they were slightly thinner, which I preferred, although some members of the party disagreed. In any case, they were excellent: deliciously spiced lamb (flavourful rather than excessively hot), to be torn from the bone, caveman style. Greasy hands and face are an unfortunate but unavoidable consequence... 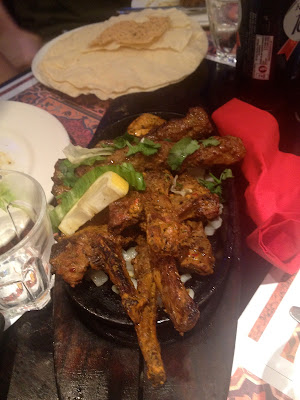 I managed four - the boys outdid me and managed to amass towering piles of six or seven bones on their plates (by the end of our meal, the table looked like the elephant graveyard in the Lion King). Alongside the lamb, we devoured big tender chunks of succulent chicken tikka, wands of spicy shish kebab and piles of sweet, buttery peshwari naan. This is my favourite type of naan, and the tandoori restaurants in this area (Tayyabs, Lahore, and as I discovered, Needoo Grill) seem to do it better than anywhere else. Slimmer than usual (avoiding the overwhelming doughiness you sometimes get), these slender discs are filled with a crumbling golden coconut mixture and topped with melted butter and a sprinkling of toasted sesame seeds. There were garlic naans too, but with peshwari as good as this, why bother? 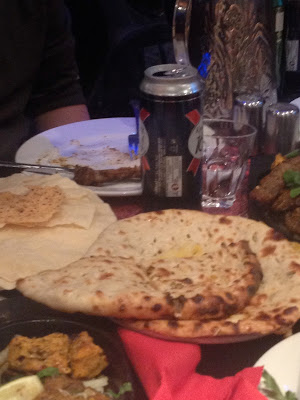 We also ordered a few curries for good measure. As with Tayyabs, the choice is a bit limited compared with some other Indian restaurants: the tandoori starters are definitely the focus, with the curries serving as more of a side note. The menu is similar, featuring the same basic list of karahi dishes, a selection of daily specials (ranging from king prawn biryani to lamb korma) and a few old favourites (butter chicken, lamb tikka masala...) on the "Needoo Special Dishes" menu to please our English taste-buds! 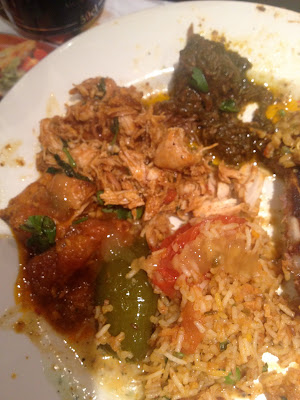 Despite ordering an obscene amount of food, the bill came in at just over £15 a head (it's BYOB, so that doesn't include alcoholic drinks - but still, exceptionally good value for London). Needoo Grill is similar to Tayabbs in this respect.

A less welcome similarity is the difficulty you can experience in getting a table - you definitely need to book at both places if you don't want to queue (Note: neither take bookings on the day, so some advance planning is needed). True story - I once went to Tayyabs with a big group of grads from work once and waited two hours for a table. BYOB has its advantages, as we treated the queue as a standing bar...but still, it was a long time to wait (although, yes, it was worth it!). Even reserving in advance just means you get the first free table (they don't hold empty spaces), and we had to wait 10 or 15 mins to be seated on this trip to Needoo Grill.

Aside from the queues, the other downside of a meal at Tayyabs or Needoo Grill is that (unless you have the constituion of a lion), you are likely to feel ill for a full 24 hours after the meal. Meat and spice sweats during the night, indigestion, and the inability to cram any other item of food into your overloaded stomach for most of the next day are all common symptoms of the "tandoori hangover". The unpleasant side effects of too much red meat, beer, and curry mean this is a once in a while treat for me (I need some time to forget the after-effects!), although I know plenty of boys who seem to go to one of these places almost weekly...
For the sake of fairness, I'll try and do a proper review of Tayyabs (and Lahore) at some point in the future. As a quick overview though, I would say:
http://www.needoogrill.co.uk/default.aspx
http://tayyabs.co.uk/chefspeciality.php