Stretching from far-west Hayes all the way to Limehouse Basin, Regent's Canal is heaven-sent for runners and cyclists who want to escape the traffic fumes and crowded pavements of the city. The section between Angel and Victoria Park is my favourite running route - the beautiful scenery gives me the motivation I need to drag myself out of bed and into my running gear before work. 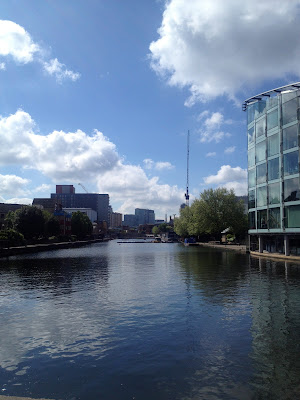 The canal path is at its best before the morning rush hour – there are plenty of other joggers (so it's not eerily deserted), but somewhat fewer cyclists attempting to knock you into the water as they whizz past on their way to work. The lighting is particularly beautiful at this time of day, and there are cool breezes even in the middle of summer. 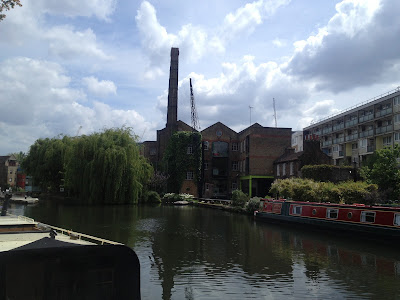 You can access Regents canal from Colebrook Row, just a minute or two from Angel tube station. Near the start of the trail there's a pretty lock - one bank of the canal has been transformed into a beautiful English country garden, while on the other side an old mill has been converted into what most be one of London’s most scenic office buildings. 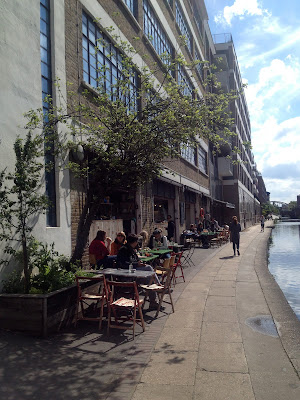 Continue East along the canal path, past the Narrow Boat (the balcony tables are perfect for drinks on a summer evening) and on in to Hackney. Jog past the Towpath Café, whose tiny interior opens onto the water. Mismatched chairs spill out onto the path, and jam jars filled with wildflowers sit on every table. Come back later to join the young couples and families breakfasting on granola, fresh fruit, and delicious coffee (whole milk only, no decaf allowed). 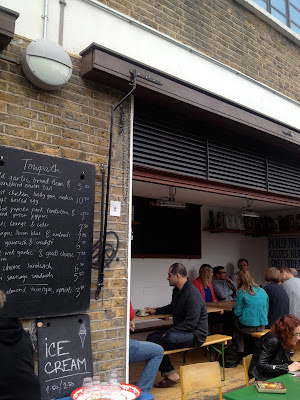 Take a quick detour at London Fields - on Saturdays there's a great market here (come back for lunch or to pick up some fresh produce) - and have a jog round the park to check out the groups of East London hipsters enjoying instagram-worthy picnics. 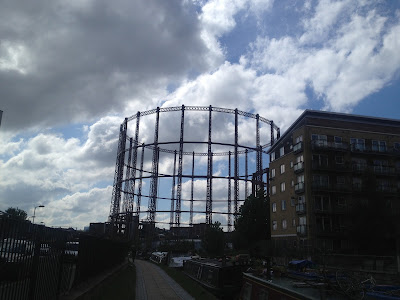 Continuing a little further along the canal you come to Victoria Park. Despite its size, this is a bit of a hidden gem - but while it may be less celebrated than its West-London counterparts, it is equally lovely, with landscaped flowerbeds and rolling expanses of lawn. 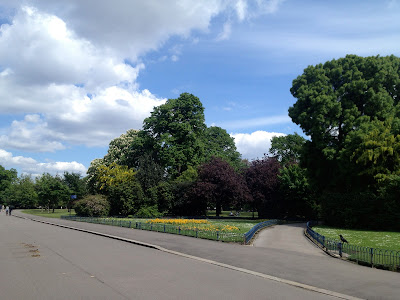 And if you're feeling particularly energetic (or you're on a bike!) you can carry on all the way to Limehouse Basin, where the canal feeds into a pretty marina.

I must have jogged (or cycled) this route literally hundreds of times since moving to London three years ago, but the ever-changing seasons and the variety of sights along the way mean it still hasn't gotten old. It's a far more scenic way of getting some exercise than trapped inside a dingy gym, and if you're ever in the area I highly recommend giving it a go!
Posted by Unknown at 07:26