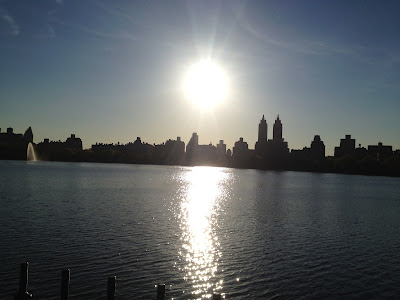 The reservoir in Central Park

It hadn't been long since my last visit to the States, road-tripping down the coast of California, but a couple of weeks ago I was back again, this time in NYC. I was there on a business trip, but managed to squeeze in some socialising, sight-seeing and eating too, and had a great time! 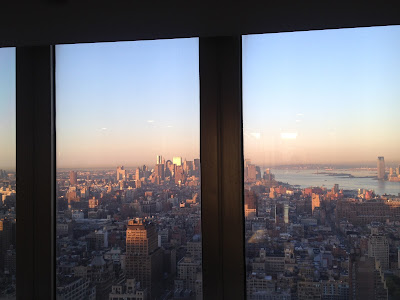 One of the most memorable meals of my trip was lunch at Shake Shack, New York's answer to In N' Out. The question of which chain makes the better burger is hotly debated in the US, but having now had the privilege of sampling both, I have to present Shake Shack with first place. 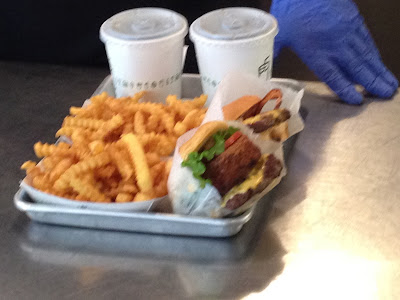 With its squishy brioche bun, juicy burger, crispy bacon, and a squirt of tasty shack sauce, my Shack Burger (plus bacon) was absolutely exquisite. The chips - fat, golden and crinkle-cut, with a side of squeezy American cheese for dipping - were also excellent (far better than In N' Out's dried out skinny fries) and (predictably) the shakes weren't bad either! 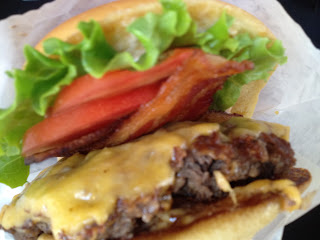 Early May is an incredible time to visit NY - the cherry blossoms were in full bloom all through Central Park, something I took advantage of with a couple of stunning runs (and a less energetic afternoon spent lazing on the grass with friends). 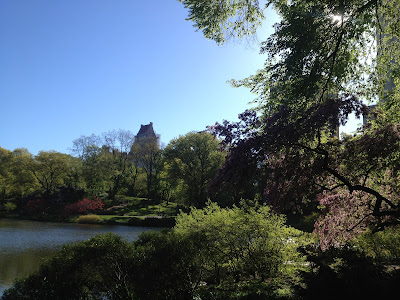 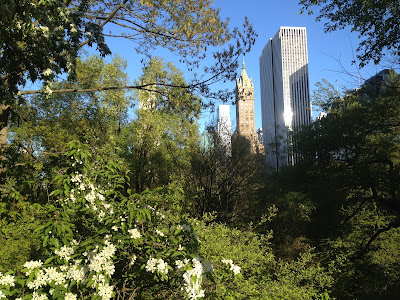 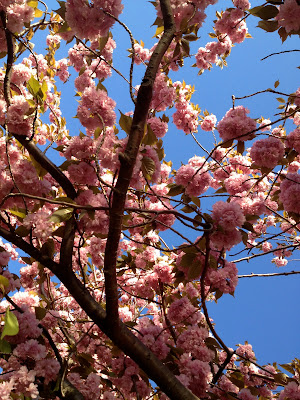 On my last day I nipped over to Brooklyn to meet a friend for brunch in Williamsburg, at a lovely French restaurant called Le Barricou. After pondering the fantastic selection of omelettes (the apple, bacon and gruyere frittata really caught my eye!) and other great brunch dishes (eggs Benedict, croque madame, goats cheese and spinach croissant) we decided to share a spinach and mushroom omelette, followed by some truly epic pancakes. 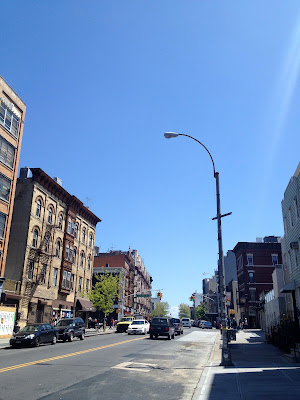 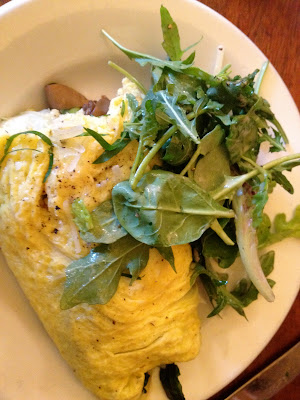 The pancakes required a 25 minute wait, so we started with the savoury course. Our omelette was excellent - slighty runny (as a good omelette should be), and crammed with spinach, gruyere, and an assortment of mushrooms. The pancakes were even more impressive: two huge fluffy delights, served with berries, maple syrup and a delicious strawberry-butter concoction. While they bore almost no resemblance to the slender crepes one would traditionally expect in a French restaurant - being closer in fact in texture and size to a small victoria sponge cake! - they were delicious, and definitely one of the more memorable brunch dishes I've had. 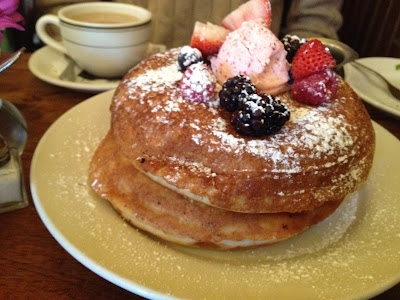 It was a real struggle to finish, even after splitting the lighter omelette option (I seriously don't know how anyone could ever hope to finish a plate on their own!), but an hour later, satisfied and sticky with maple syrup we did succeed in polishing off the final bites (although I couldn't eat for the rest of the day!)

I'll be going back to NY fairly regularly with work, and with the amazing bars (The Lambs Club near Times Square, Hotel Chantelle in Lower East Side), restaurants (Blue Smoke BBQ, Le Barricou, and of course Shake Shack!) and general fun-times which made my visit so special this time round, I can't wait to get to know the city a little better.