Over Easter my boyfriend and I spent 10 days in California, driving down the coast from San Francisco all the way to Laguna beach. It was a great trip (stunning beaches, beautiful views, breath-taking coastal roads...) and - in addition to that amazing breakfast - we had a good few notable culinary experiences along the way. 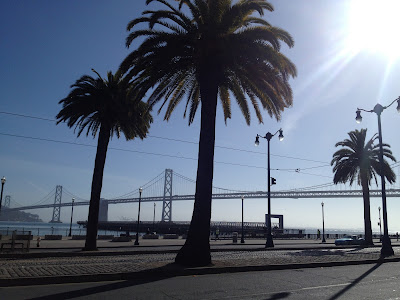 We started our journey in San Francisco, which has to be one of the hilliest cities I've ever been too. Despite the inclines, it was pretty pleasant to walk around, with plenty of pretty tree-lined streets, and beautiful stretches of waterfront. And while the hills may have made things a bit more challenging, the views from the top were definitely worth the climb.

After a long day of walking (and suffering from some serious jet lag to boot) we decided to treat ourselves to an In-N-Out burger. I'd heard a lot about these burgers, which are something of a West Coast specialty, and  was pretty impressed. 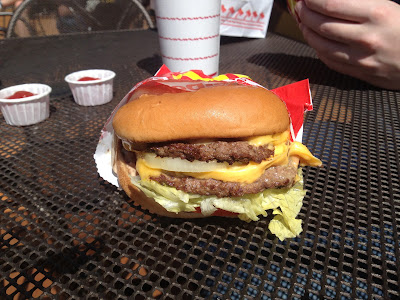 My boyfriend and I both ordered a double burger. These were simply enormous, with two juicy beef patties, a couple of half-melted slices of oozy American cheese, and plenty of crisp salad, all sandwiched in a soft brioche bun and served with a side helping of delicious thousand island sauce.

The chips were a bit disappointing (somewhat dry and nothing special) but the burger itself was great, and we treated ourselves again towards the end of our trip. A top tip from those in the know is to order your burger and fries "animal style" - an off-menu code-word which results in your food being generously smothered in a healthy (ha!) mixture of thousand island sauce, fried onions, and cheese. Heaven... 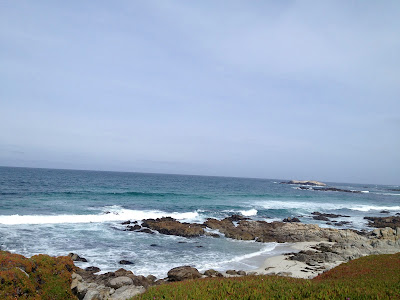 From San Francisco we hired a convertible and headed down the coast. Monterey was our first stop, and from there we set off on the epic journey down Big Sur and along the famous 17-mile Drive - a narrow winding road with beautiful coastal views. 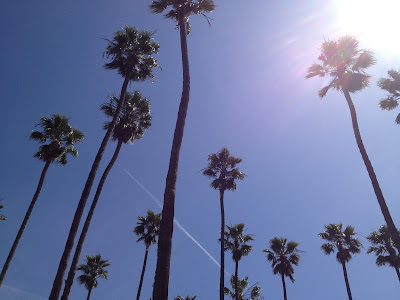 Our next stop was Santa Barabara, which was pretty, but not very pedestrian friendly (with the exception of San Francisco, Californian cities don't really seem that suited for a good old-fashioned English-style stroll!). And despite greatly enjoying the enormous Tex-Mex meal I had here (steak, chicken and king prawns served on a sizzling hot plate with onions and peppers and an obscene amount of melted cheese) the swiftly ensuing bout of food poisoning put a bit of a dampener on things! 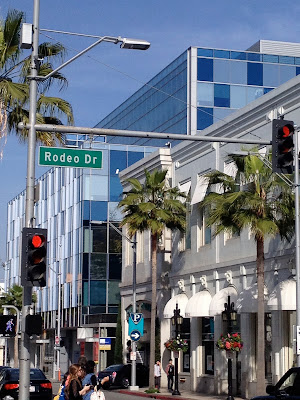 Journeying on, we arrived in Los Angeles, where we foolishly ditched the car at our hotel and once again attempted to walk around. Two and a half hours of fast-paced walking didn't get us very far - although we did make it to Rodeo Drive, and had a nice wander through Beverley Hills. I found it hilarious how every house was designed to be completely unique from the ones next to it - Roman-style villas rubbing shoulders with Tudor manor-houses, Alpine chalets, and sweet country cottages... 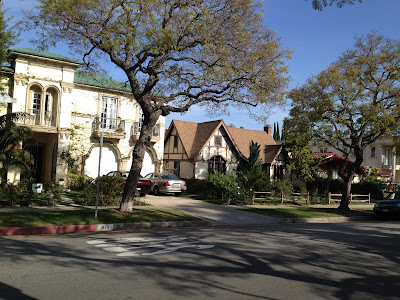 The next morning we drove out to Santa Monica, which was lovely (boasting a great farmer's market and a beautiful stretch of beach) before hitting the road again and making our way South to Laguna. 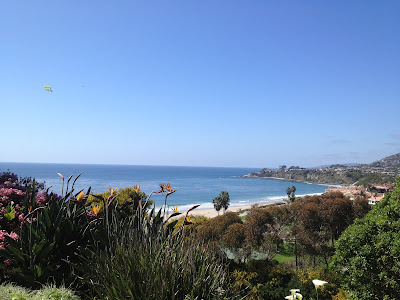 There we met with friends and spent a few days relaxing; whale watching, shooting pool, and playing some very competitive volleyball. One of my favourite meals of the holiday was a surprisingly tasty quesadilla -  made with traffic cone orange American cheese - from the very basic ship's kitchen on our whale-watching trip. 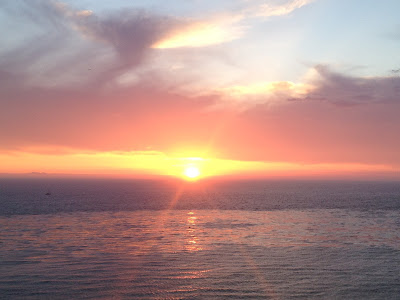 This was an incredible trip - one I've wanted to do for years - and while I was sad we didn't have time to visit San Diego or Las Vegas, hopefully we'll make it back there some day!