Tom's Kitchen (and a girly day out in Chelsea)

I love Kings Road, but aside from the occasional night out, I don't get to spend much time there - it's pretty inaccessible from Angel (and no-one I know can afford to live there just yet), so heading over to Chelsea to meet a friend for an afternoon of brunch and shopping felt like a bit of an adventure...

It was a lovely sunny morning, so rather than braving the notoriously temperamental circle line I cycled down to Embankment and followed the river to Battersea Bridge - one of the most scenic routes in London - and met my friend for brunch at Tom's Kitchen. 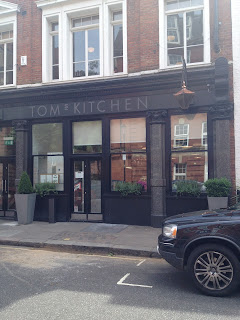 The restaurant - owned by the Michelin starred Tom Aikens - sits on a quiet street in the pretty residential area just north of King's Road. While one could be forgiven for mistaking it for a pub from the outside (black-painted wood and the old-fashioned lamp both add to this impression), the interior is light and airy, and stylishly decorated. I especially liked the white tiled bathroom with its ornate mirror 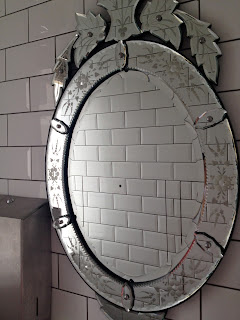 Is it weird that I took a picture?

The food here was fantastic - my friend's egg florentine was apparently as tasty as it looked, but I want to focus on (or rather, rave about) the absolute gorgeousness of my brunch choice - the brioche french toast with caramelised apples and cinnamon whipped cream. 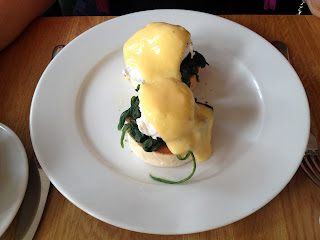 Oh.My.God. The french toast - a good 3 inches of light, sweet, custard-soaked brioche, topped with generous chunks of soft, caramelised apples and served with a beautiful syrup (rich, brown, buttery), which drench the french toast and pooled delectably around the edges (perfect for dipping!) 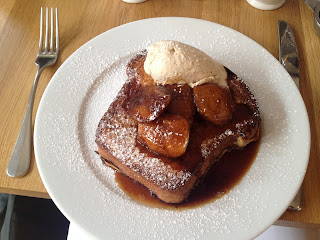 Cinnamon whipped cream was a dream - sweet and delicately spiced, the perfect accompaniment to the brioche/apple/caramel flavours of the french toast. A jug of maple syrup was also provided on the side, but I felt this to be superfluous - the lake of caramel sauce was more than sufficient for dipping purposes, and the stronger flavour of the maple syrup would have detracted from the dish, if anything. 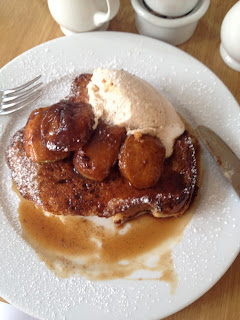 After brunch we made our way over to Kings Road, wandering past an assortment of charming boutiques and specialist food shops on our way...


The greengrocer was a treasure trove; shelves stacked with 'posh' and exotic fruit and veg: white asparagus, punnets of tiny wild strawberries, mounds of exotic fruits and gooseberries (maybe not as exciting as some of the other produce, but I never seem to be able to find them anywhere!) 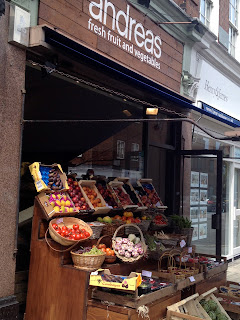 The fishmonger also had an impressive array of produce on display (although we neglected to buy anything here - carrying a bundle of fish around King's Road seemed almost guaranteed to annoy shop assistants. 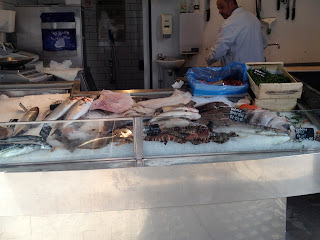 After window-shopping our dream groceries, and having made a quick detour to the summer sales on Kings Road, we stumbled upon a farmer's market in the Duke of York Square (also home to the Saatchi Gallery). 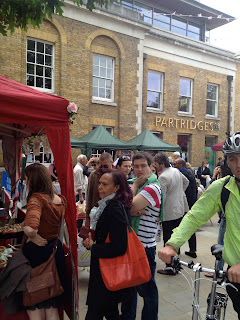 We whiled away a happy half hour drifting through the market, sampling the free tasters from the wide variety of different stalls. We tried crumbly chunks of delicious cake, and broken bits of tasty cookies; bread dipped in fancy oils, and crackers with chutneys and posh cheeses...the range of stalls was almost endless, selling hot and cold foodstuffs as diverse as pies and sushi... 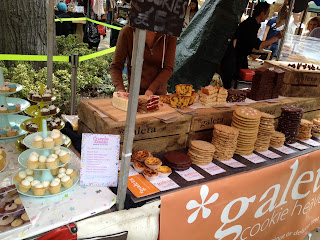 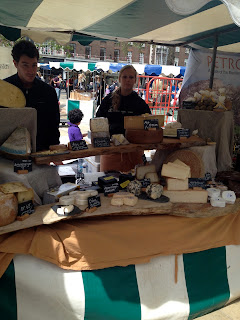 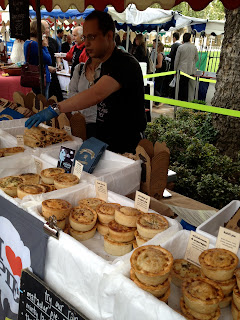 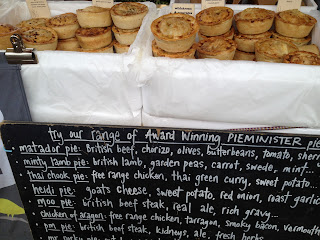 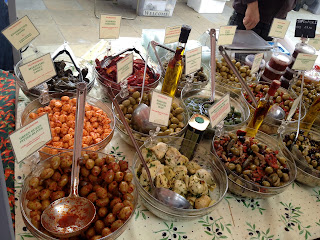 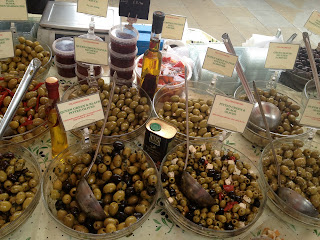 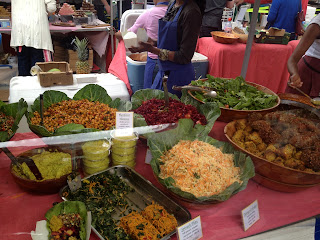 Tasty hot food (if only I hadn't already stuffed myself with that french toast!)

To round off our day, we crossed the river and headed to Battersea Park Children's Zoo. The animals were cute but we were the only people there sans children (the clue's in the name) so it was a little bit weird! It sounds like the kind of place that would have a lot of first-date potential...but having visited I wouldn't recommend it! On the other hand, if you have kids (or can borrow some for the day) definitely take them - with monkeys, play parks, a boating lake and petting zoo, they'll be in heaven! 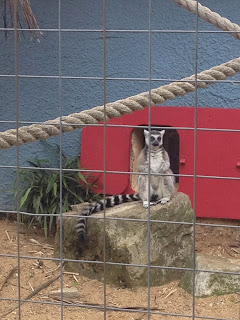